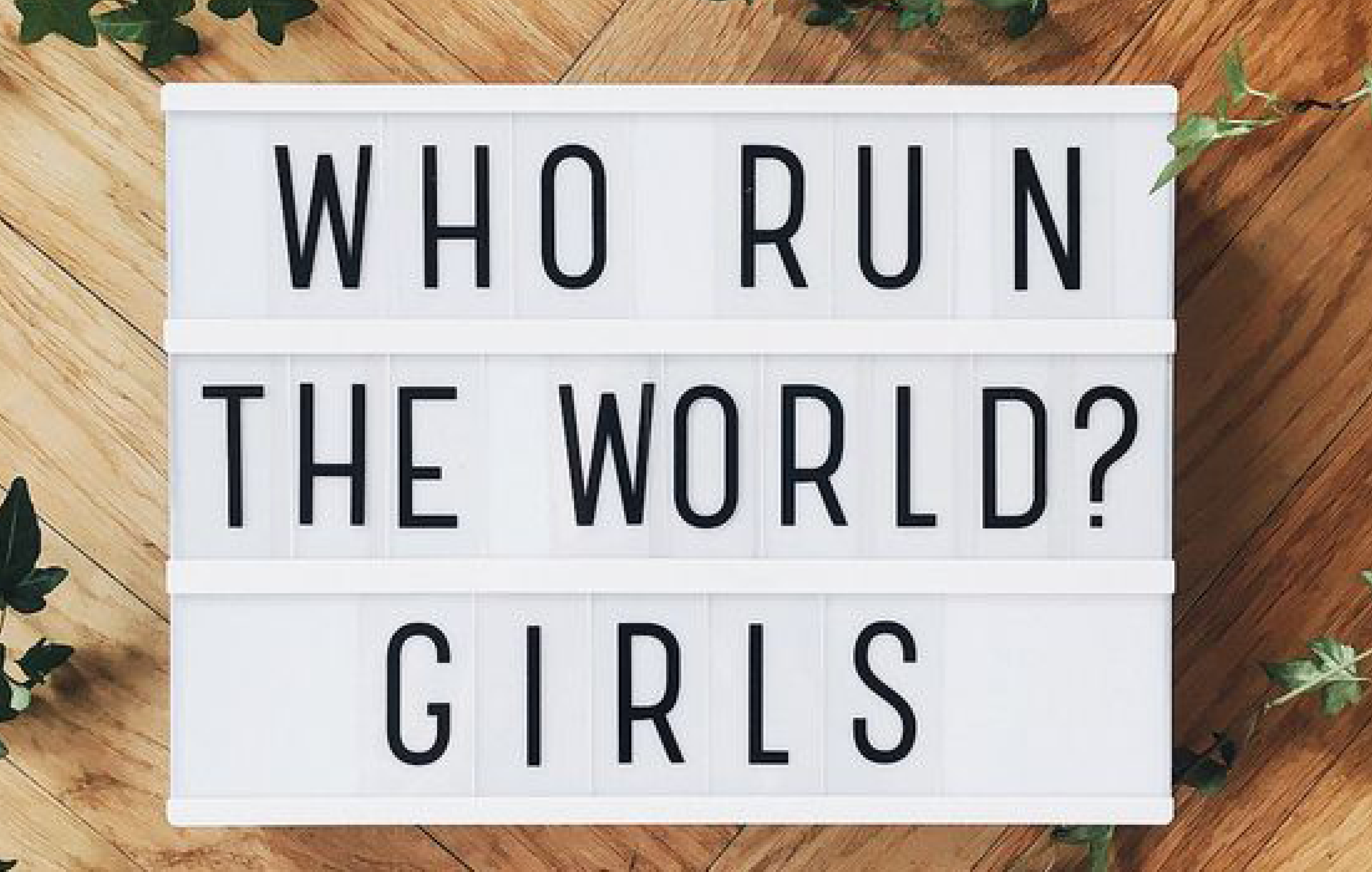 This past weekend women around the world protested in major cities speaking out against injustices against women in the 2018 Women’s March (an event that began last year as a way to speak out against inequality, sexism, assault, and more). This movement has continued to grow in the last year with fuel being added to the fire every day. From the #metoo movement to an executive order rolling back a mandate that requires companies to cover birth control in their health care plans, it’s more important than ever that women (and men) speak out about their rights and equality.  In honor of this movement, I’m here to share some of the most influential female authors in literature and in my life. These woman wrote when woman weren’t allowed to go to school. They gave a voice to the silenced. They spoke out and they spoke loud. Let’s get started. Image from The Guardian

1. Toni Morrison (1931-Present)
Morrison is probably best known for her novel “Beloved,” which I have talked about before on my blog. “Beloved” is a moving story about an African American family dealing with the effects of slavery in a newly “free” society. It’s incredibly moving and I highly recommend it. But, Morrison has also written 10 other novels, along with children’s books, non-fiction books, and plays. She began writing in college and was first published in 1970 with her first novel, “The Bluest Eye.” Morrison has won a plethora of awards for her writing including the Pulitzer Prize for Fiction in 1988 and the Nobel Prize for Literature in 1993. Through her writings, Morrison gave a voice to not only women’s struggles, but African American struggles. She moved mountains and paved roads with her controversial and eye-opening literature. Image from The American Conservative

2. Jane Austen (1775-1817)
I may be biased since I took a Jane Austen class during my senior spring of university, but Austen was one of the first female authors of her time to push the limits of literature in the manner that she did. Austen published seven full novels during her lifetime along with poems, letters, and two unfinished works. Austen also has three collections from her younger years that are not considered full novels. Any reader of Austen’s work can see her growth as an author and a woman from her first published novel, “Sense and Sensibility,” to her final piece of literature, “Persuasion.” Austen’s work explored the human psyche and emotions. She challenged women’s roles and wrote incredibly independent female characters that pushed the boundaries of acceptable behavior. She toyed with familial ties and wrote complex relationships. She created diverse characters and dabbled with various genres including gothic and epistolary. Her range of writing talents and willingness to compose novels during a time when women were meant to do little else but raise children paved a road for future female authors. Austen changed the world of English literature, and wrote books that would influence generations of women to come. 3. Shonda Rhimes (1970-Present)
So, technically, I think she’s only written one book (correct me if I’m wrong), but she’s written hundreds of inspirational TV episodes, which makes her one of the most influential authors in my life right now. While I haven’t seen any of her other shows (yet), “Grey’s Anatomy” has changed my life for the better. I’ve already talked about how amazing and influential “Year of Yes” was for me as a book (I’ve turned it into my mantra, and everyone close to me kind of hates me for it), but “Grey’s Anatomy” is another Rhimes creation I could not live without. From incredibly independent, kick-ass characters like Christina Yang (who I relate to too much if you ask me), to inspirational, empowering lines from Meredith Grey (“Knowing is better than wondering. Waking is better than sleeping, and even the biggest failure, even the worst, beats the hell out of never trying.”), Rhimes has, in my opinion, influenced a whole generation of viewers to believe in themselves and their abilities — even if it means only picking yourself up off the bathroom floor to face another day. Her characters are strong women that face every day challenges with grace and gusto that anyone would be proud to possess. Image from The Poetry Foundation

4. Sylvia Plath (1932-1963)
Plath was an American novelist, poet, and short-story teller. With eight published poetry collections, eight published works of prose, and a handful of children’s books, Plath was surely an influential figure during and after her time. Not only was she a strong female author, but Plath included many themes that were not commonly accepted at the time she wrote them, like depression and death. Many of her pieces were semi-autobiographical, as Plath was severely depressed throughout her young adulthood and attempted suicide a handful of times before killing herself at the age of 30. Despite her struggles, Plath was able to write. She was able to give a voice to mental illness far before it was “normal” to speak about it (not that it’s normal now, but it’s much more accepted). Though she may not seem like an appropriate idol, Plath is an influential and ground-breaking author and poet that gave a voice to a rather silent disease that affects millions of people. 5. J.K. Rowling (1965-Present)
To be transparent, I’m not sure I’m the biggest fan of J.K. Rowling as a person. I’m sorry! But, I can’t deny the important role she has played in literature for women and in my life. I am one of the biggest “Harry Potter” fans I know (A lot of people are trying to challenge that title, and I refuse to be dethroned!), and I can never thank Rowling enough for writing amazing role models like Hermione Granger and Minerva McGonagall into existence. Rowling’s books were probably the first I ever read that portrayed strong female leads that were intelligent, independent, strong-willed, and complete badasses. Hermione is the ultimate goal (for me) being one of the only reasons Harry even survived until the final battle with Voldemort. McGonagall is such an incredible powerhouse how could I not name her my favorite character? And Molly Weasley is such a devoted mother, yet such an immense force of nature within the Order that she beats Bellatrix Lestrange in a duel. Rowling wrote diverse, complex, three dimensional female characters like Luna Lovegood, Ginny Weasely, and Angelina Johnson, without detracting an ounce of those same features from her male characters. I haven’t read any of her other works, but Rowling paved the way for fantastical and empowering children’s authors and created truly magnificent role models for women of all ages.

As a young woman, I’m lucky enough to see women fighting every day for their chance to influence and change the world. I’m fighting too. Thank you to the women that came before me that made everything I have possible, and thank you to the women that will come after me that will continue the hard fight. We’ve made a lot of change, but there’s still more coming. Let me know some of your favorite authors in the comments below!

Books I Read in September 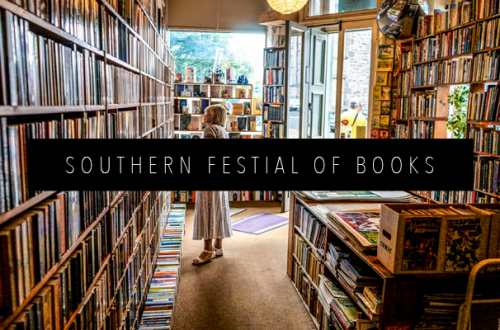 The Southern Festival of Books 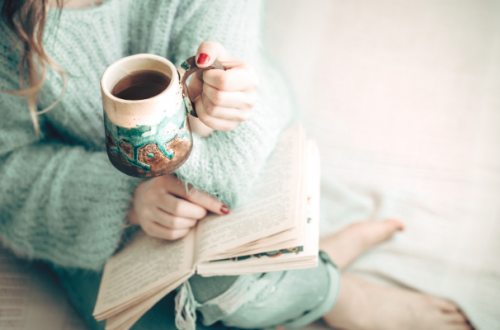