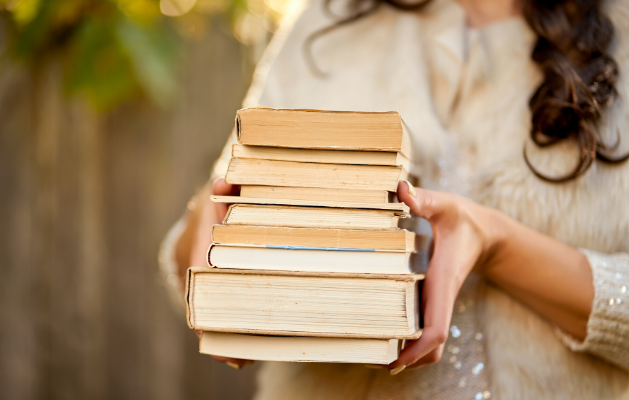 Back at it with a total of NINE books read this month. Who even am I? I have never read this much in my entire life. I truly chalk it up to adding audiobooks into my routine. I got through three audiobooks in May, four e-books, and two physical books. I read a range of YA books, fiction, and non-fiction over the last 31 days. Let’s get started!

1// Anna and the French Kiss by Stephanie Perkins (E-Book)
Anna and the French Kiss
is problematic to say the least. But, it’s a fun read when you’re stuck inside on a rainy day. Anna is shipped off to school in Paris (the reason is never explained) for her senior year. She makes friends FAST and falls in love with a boy with a girlfriend — though she’ll never admit it. I’ll admit, it’s fun to watch them pretend to not be in love, but, it did make me feel bad for the rarely-mentioned girlfriend. It’s no literary masterpiece, but it’s a fun, fast read. 3/5 stars

2// Lola and the Boy Next Door by Stephanie Perkins (E-Book)
I liked this book better than the first because there was a back story! Lola is dating bad-boy Max who is 5 years older than her (very inappropriate since she is 17) when her first love Cricket moves back to town. Cricket and Lola strike up an unlikely friendship, but obviously it’s more than that. Lola also reluctantly explores a relationship with her birth mother throughout the book, which helps the reader understand Lola’s feelings about her own identity. Super fun read during quarantine with a little bit more substance than the first book in the series. 4/5 stars

3// The First Time: Finding Myself and Looking for Love on Reality TV by Colton Underwood (Audiobook)
Unfortunately, this was not a very good book. I can’t say I was expecting it to be amazing, but I did expect a little more Bachelor behind-the-scenes gossip than I got. The first half of the book is great — a look into Colton’s life before the Bachelor and a look inside his head. The second half is legitimately just him rehashing every single episode of the Bachelor we all saw a year ago. It reads like an explanation as to why he and Cassie acted the way they did on the show, when (in my opinion) no explanation was necessary — they acted as any human would in their situation. It also reads weirdly as a pleading love letter to Cassie — he mentions too many times to count how she was always the one (except for when Hannah G was at the top of his list), which is doubly awkward now that they have broken up. At the end of the day, it seems like Colton went through his list of things he wanted everyone to know that wasn’t shown on TV that would make him look like a “good guy,” and I don’t think he accomplished that goal. Skip the book and just watch the show. 2/5 stars

4// Rich People Problems by Kevin Kwan (Audiobook)
In the third installment of Crazy Rich Asians, readers follow Rachel, Nick, Kitty Pong, and Astrid on a whole new adventure. When Nick’s grandmother falls ill, the Young family is forced to consider what to do with Tyresall Park. I’ll admit, Cousin Eddie grated on my nerves at the beginning — he was a little too obnoxious, but I managed to look past that and fall in love with the other stories the book had to offer. I also loved how Kwan wrapped up this series — everyone got their perfect endings, and there was even a redemption arc for Kitty! 4/5 stars

5// The Unhoneymooners by Christina Lauren (E-Book)
This was my first Christina Lauren book, and I absolutely loved it. The book follows Olive and Ethan, sworn enemies, on a honeymoon meant for their siblings. Olive’s twin, Ami, and Ethan’s brother, Dane, have a seafood buffet at their wedding that renders everyone sick except Olive and Ethan. The two reluctantly take the trip to Maui that Ami won, and subsequently have to lie their butts off to Olive’s new boss and Ethan’s ex-girlfriend when they run into them both in Hawaii. Obviously, they fall in love, but my favorite part is a huge twist between Olive and Dane that will leave you fist-pumping in the air. I’ll definitely be reading more Christina Lauren in the future. 4/5 stars

6// Open Book by Jessica Simpson (Audiobook)
Admittedly, I only read this book because so many people were raving about it, but I’m really glad I gave it a chance. I love getting an inside look into celebrities’ lives, and while I’ve never been the biggest Jessica Simpson fan (I really think I was just too young, nothing to do with her) I really grew to love and appreciate her through this book. I think she did a fantastic job of showing her side of her story without seeming petty or vindictive (*cough cough* Colton). If you’re interested in Jessica’s backstory, I highly recommend giving it a read. 3/5 stars

7// Tower of Dawn by Sarah J. Maas
The second to last book in the Throne of Glass series did not disappoint. This book follows Chaol and Nesryn as they travel to Antica to seek an army from the khagan. In addition to seeking answers, Chaol has set out to procure healing from the famous Torre healers. This book reveals vital information to aid in the battle against Erawan. 4/5 stars

8// The Girl He Used to Know by Tracey Garvis Graves (E-Book)
This book made me a Tracey Garvis Graves fan. The Girl He Used to Know follows two timelines and characters — Annika and Jonathan — during their senior year of college and then, ten years later when they reconnect. Throughout the entire book, the reader is trying to find out what happened to tear the two apart in college, but the real plot-twist came after finding out about their college-drama. I had minor issues with the way Graves depicted Annika and Annika’s mother, but overall, I really loved this story. It was absolutely heartbreaking at times, but ultimately, it told the story of a woman finding her inner strength. 5/5 stars

9// Never Split the Difference: Negotiating Like Your Life Depends on It by Chris Voss with Tahl Raz
Voss and Raz did a great job of making this book both educational and entertaining. Each chapter wove in real-life experiences from Voss’s FBI background with helpful tips and tricks for negotiating in any scenario. I listened to the audiobook while following along with the physical book and absolutely loved it. This is an amazing book for anyone looking to become a better negotiator in all aspects of life. 5/5 stars 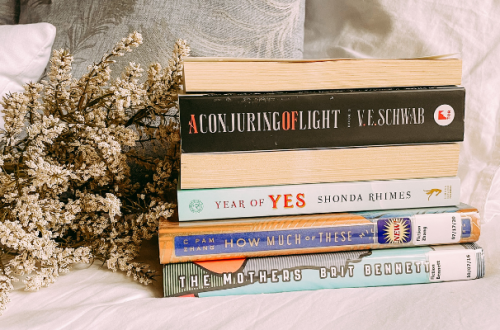 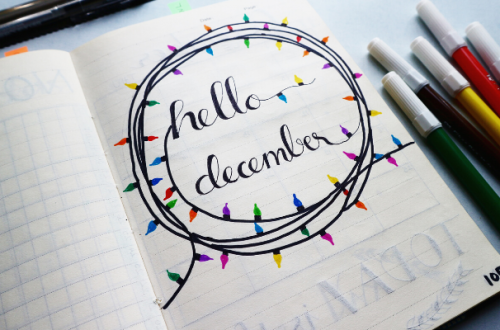