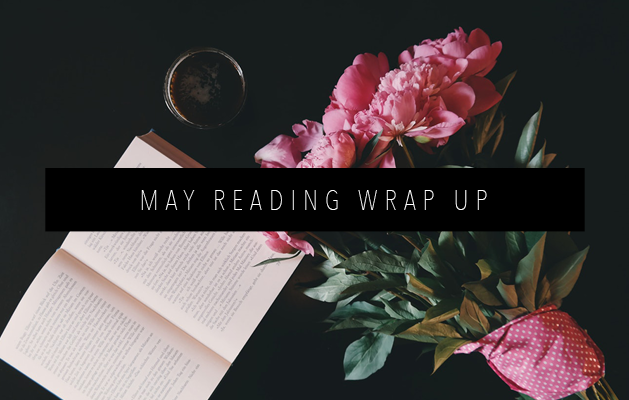 Am I the only one that felt like May dragged on for forever? Yeah? Well, okay.

May felt like a double month to me, and in some ways, I guess that’s a good thing because I read six books in the last 30 days. That’s a record for me I think — typically I only make it through about five. I feel like it warrants saying that I only read physical books. I don’t listen to audiobooks, and while I don’t shame people that do — it still counts as reading — people that do listen to audiobooks have very much higher book counts than I do at this time of year, and that’s okay. I just feel like it’s important for people to know that it’s not all about numbers when it comes to how many books you’ve read. Sometimes I get caught up in that, so it’s a great reminder for myself.

Let’s get started with my May 2019 reading wrap-up… I loved Ghosted. I thought I had it entirely figured out, and I was actually a little bored with it, and then everything changed, and it was nothing like I expected it to be. It’s about a woman (Sarah) who is going through a divorce and falls in love with a man, Eddie, in one week. They spend every day together, and she knows this is more than just a fling, but when Eddie doesn’t call her when she leaves town, Sarah knows something is wrong. Her friends think she’s crazy, but she knows better. Sarah goes to extreme lengths to find out what happened to Eddie, and even though she finds out the truth, she never would have expected it. I gave this book 5/5 stars. 2. P.S. I Still Love You by Jenny Han
P.S. I Still Love You was an adorable sequel to To All the Boys I Loved Before. This time, Jenny Han introduces a long forgotten love back into Lara Jean’s life, John Ambrose McClaren. Lara Jean and Peter have to navigate these unchartered waters of jealousy to hopefully find their way back to one another. I gave this book 4/5 stars. 3. What Color Is Your Parachute? by Richard Nelson Bolles
This isn’t my typical read, but I’ve been feeling a little lost career-wise, and everyone under the sun has recommended this book to me, so I finally gave it a shot. What Color is Your Parachute is basically a workbook to figure out what you want out of a career, how you work best, what you’re interested in doing, etc. I did every exercise, and the self-reflection really helped me determine what I should be doing. I highly recommend this for anyone struggling in their career, anyone feeling like something isn’t right at their job, or people that are looking to change career paths. Also, if you’re just looking to know a little more about yourself, this is a great way to start. I gave this book 5/5 stars.

4. The Idea of You by Robinne Lee
Thank you, Bad On Paper Podcast, for another completely wonderful book. Becca and Grace have been raving (truly raving) about this book for months, so I finally decided to read it, and I was not disappointed. The Idea of You is about a mom who takes her teenage daughter to an August Moon concert (think One Direction) and ends up having a worldwide romance with the lead singer, who’s about 20-years-old. They travel the world together, they fall in love, they support each other in all their endeavors, but this was just supposed to be lunch. What are they supposed to do when the fame and the pushback from fans become just too much for them to handle? I gave this book 4/5 stars. 5. Verity by Colleen Hoover
Another Bad on Paper recommendation that gave me the complete creeps and still leaves me wondering what the truth actually is… Verity is a complicated plotline, but I’ll do my best to condense it. It is about an author of a best-selling series who has lost two daughters to tragic accidents. She herself is comatose after a car accident, and therefore, her husband, Jeremy, has gone about hiring a ghost-writer to finish her book series. The lucky ghost-writer just so happens to be Lowen, the woman Jeremy gave his shirt off his back to after they both witnessed a man get run over by a truck in New York minutes before their meeting. Jeremy and Lowen immediately have chemistry, and that is only heightened when Lowen has to spend a few days at his house looking through Verity’s notes to continue her books. But strange things are happening in the house. Lowen swears Verity keeps staring at her, and can’t seem to figure out why the TV keeps turning itself off when she knows the nurse looking after Verity said she left it on. I gave this book 5/5 stars, and I highly recommend not reading it at night. 6. I’ll Be Gone in the Dark: One Woman’s Obsessive Search For the Golden State Killer by Michelle McNamara

My final book of the month was I’ll Be Gone in the Dark, the most comprehensive book on the Golden State Killer you will read. No one had really heard of the Golden State Killer until Michelle McNamara nicknamed him that. Prior to her writings, he was known as a slew of other names including, but not limited to, the Original Night Stalker and the East Area Rapist. Michelle wrote this book before the killer was caught (it was published almost exactly two years prior to his arrest), so it doesn’t have a clear goal, but they amount of information she provides and insight into the killer is astounding. This book is especially unique because Michelle died unexpectedly during the writing of it, and two of her friends and confidants finished it for her. It’s quite the ride. I gave this book 5/5 stars.

What books did you read in May? Let me know in the comments below. 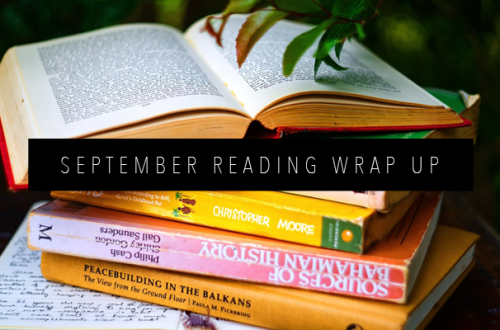 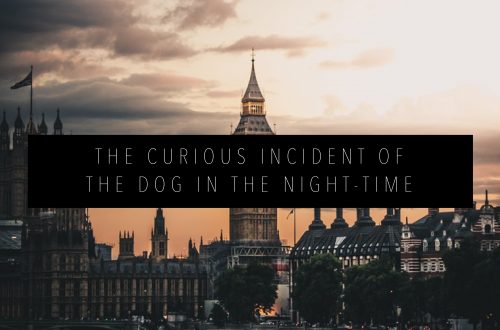 The Curious Incident of the Dog in the Night-Time: A Book Review 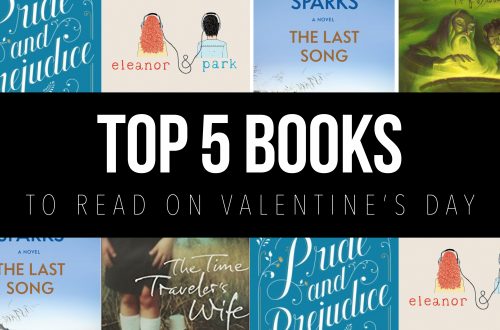