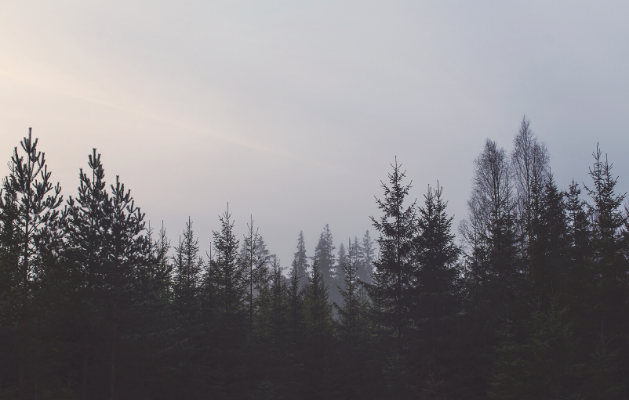 Spooky season is in full swing at my house! My roommate and I have already started watching Halloween-themed movies (check out Wednesday’s post for my recommendations/to-watch list), and we carved pumpkins this weekend. Even though the pandemic is still very much a part of our lives, I’m really glad this season is upon us, and we can still do fun things while staying safe.

As we all know, my favorite thing to do in any season is read. So here are my spooky season book recommendations that I have already read and loved. Let’s get started! one | A Darker Shade of Magic by V. E. Schwab

Follow me to a world with three Londons — White London, which is teeming with magic and run by truly villainous siblings, Red London, which is home to Kell and relatively balanced, and Grey London, which doesn’t know of magic’s existence. Kell is special — he can travel between Londons. But when Kell discovers a dark relic from the past, he is thrown into an adventure he never asked for that results in the fight for his life. He’s also joined by an unwelcome companion, Delilah Bard. Delilah and Kell must battle for their lives to save the London’s as they know them. A truly magical experience, A Darker Shade of Magic, is the perfect fantasy read for the fall/winter months.

two | It by Stephen King
It follows a group of friends during two time periods in their lives — as 11-year-old kids and then 27 years later. During each time in their lives, the gang is battling a mysterious evil in their town to try to save kids in Derry from dying. King explores themes of childhood innocence, friendship, memory, and trust throughout the book. It’s hard to get into what makes this book so amazing without giving anything away, but I can say that it is totally worth the 1200 pages of reading, and it’s super spooky.

three | Verity by Colleen Hoover
Verity is an author of a best-selling series who has lost two daughters to tragic accidents. She herself is comatose after a car accident, and therefore, her husband, Jeremy, has gone about hiring a ghost-writer to finish her book series. The lucky ghost-writer just so happens to be Lowen, the woman Jeremy gave the shirt off his back to after they both witnessed a man get run over by a truck in New York minutes before they were supposed to be meeting about the book deal. Jeremy and Lowen immediately have chemistry, and that is only heightened when Lowen has to spend a few days at his house looking through Verity’s notes to continue her books. But strange things are happening in the house. Lowen swears Verity keeps staring at her, and she can’t seem to figure out why the TV keeps turning itself off when she knows the nurse looking after Verity said she left it on. The book is eerie and creepy, and I recommend reading it during daylight hours. Read my full (spoiler-y) book review of Verity.

four | The Girl with the Dragon Tattoo by Stieg Larsson
Harriet Vanger has been missing for 36 years. Every year, Henrik, her uncle, receives a dried flower in a picture frame on his birthday. It must be connected to Harriet, and he has to find out why. He hires Mikael Blomkvist, the editor of Millenium magazine who works with Lisbeth Salander, a researching and technological prodigy. Together they tap into a mystery deeper than they ever imagined.

five | Helter Skelter by Vincent Bugliosi and Curt Gentry
Told from the perspective of prosecuting attorney Vincent Bugliosi, Helter Skelter is the true account of Charles Manson and four of his followers’ involvement in the Tate-LaBianca murders in 1969. Bugliosi is thorough without being boring and detailed without being sadistic. If you’re interested in true crime, there is not a better book I would recommend to learn about Charles Manson or to read during October.

six | Trigger Warning by Neil Gaiman
In Gaiman’s collection of short stories, he combines elements of the supernatural to create eerie backdrops that leave readers on the edge of their seats. From ghost stories to fairy tales, Gaiman explores the masks we all wear and digs down into what makes us vulnerable and our truest selves. His stories are full of wonder and terror. They will engage your mind and shake up your soul.

seven | The Strange Case of Dr. Jekyll and Mr. Hyde by Robert Louis Stevenson
Dr. Jekyll is a quiet, nerdy scientist who develops a potion that when drunk turns the person into their complete opposite — in Jekyll’s case, his Hyde comes out. Jekyll discovers the positives, and negatives, of having an alternate ego that cannot always be controlled. The best thing about this selection is that it’s more a short story than an entire novel, so you can read it on Halloween if you like!

eight | The 7 1/2 Deaths of Evelyn Hardcastle by Stuart Turton
Evelyn Hardcastle is going to be murdered. Aiden Bishop must figure out by whom. Each day, he wakes up in a different person’s body whose perspective should help him put the pieces together. He’s racing against other participants to figure out the murder suspect so he can finally escape Blackheath. All the twists and turns along the way are worth every page turn and late-night spent reading. Read my full (spoiler-y) review of The 7 1/2 Deaths of Evelyn Hardcastle.

nine | I’ll Be Gone in the Dark by Michelle McNamara
No one had really heard of the Golden State Killer until Michelle McNamara nicknamed him that. Prior to her writings, he was known as a slew of other names including, but not limited to, the Original Night Stalker and the East Area Rapist. Michelle wrote this book before the killer was caught (it was published almost exactly two years prior to his arrest), so it doesn’t have a clear ending, but the amount of information she provides and insight into the killer is astounding. This book is especially unique because Michelle died unexpectedly during the writing of it, and two of her friends and confidants finished it for her. It’s quite the ride.

ten | The Shining by Stephen King
The Shining features a family of three that moves up to the mountains for winter. The father, Jack, is serving as a caretaker for a creepy hotel that is going to be empty for the next four months. The hotel is impossible to get to when it snows, so they have to be prepared to be stuck in the hotel for weeks (or months on end). Of course, this isn’t a normal hotel, it’s a haunted hotel where people have been murdered, and ghosts are haunting the corridors. It’s a truly creepy tale, but definitely a good read for October.

eleven | Frankenstein by Mary Shelley
Read the classic horror story that started them all! Victor Frankenstein, a young doctor, conducts an experiment one day that leads to the creation of a sapient monster. The monster escapes from the laboratory and causes destruction everywhere he turns. Victor must stop the monster or risk losing everyone he’s ever loved. Frankenstein is actually a frame story that begins with Captain Robert Walton writing letters to his sister and covers the perspective of Victor as well as his monster. A must read for spooky season!

twelve | In Cold Blood by Truman Capote
On November 5, 1959, four members of the Clutter family were brutally murdered inside their home in Holcomb, Kansas. In Capote’s book, he pieces together the murders and the investigation that led to the eventual capture of the killers, Perry Smith and Dick Hickcock. There was no apparent motive for the crime, and almost no clues were left on the scene.

thirteen | Harry Potter and the Sorceror’s Stone by J.K. Rowling
When I think of Halloween, the first Harry Potter book always comes to mind because of the infamous troll scene. Join Harry and the gang in their first year at Hogwarts as they figure out what wielding magic is like, build life-long friendships, and go head-to-head with the Dark Lord.

fourteen | 1984 by George Orwell
The original warning of Big Brother, if you want a truly scary read, just pick up 1984. The world is in a perpetual war, history changes by the day depending on who is in power, and Big Brother is always watching. Winston Smith is a diligent worker that always play by the rules until he meets Julia and enters into a forbidden relationship. They seem to be able to live happily ever after, but what happens when they get caught and are forced to squeel on one another or face their worst nightmare? A classic dystopian novel that warns of the evils of an overpowering government, 1984 is especially scary when you think about the US right now.

fifteen | Trust No One by Paul Cleave
Follow Jerry Grey, ex-crime writer, as he goes down his own rabbit hole with early on-set Alzheimer’s. The book flips perspectives from current day Jerry, relatively lucid but sometimes unaware of his past, and past Jerry who kept a journal when he first found out about his condition. As Jerry’s memory becomes increasingly less trustworthy, Jerry starts confessing to crimes — crimes everyone thinks he only remembers because he wrote about them, but Jerry has a different idea. When he wake ups next to a dead body without any idea how it happened, readers are taken on a whirlwind true detective escapade. I can usually predict how books like this are going to end, but Cleave truly left me speechless until the turn of the last page. 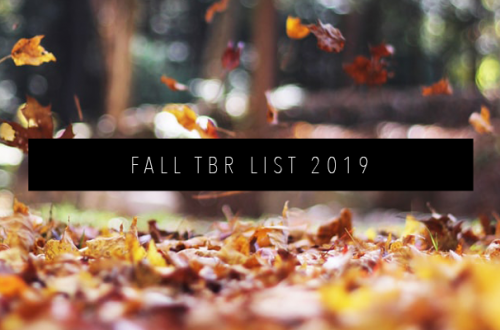 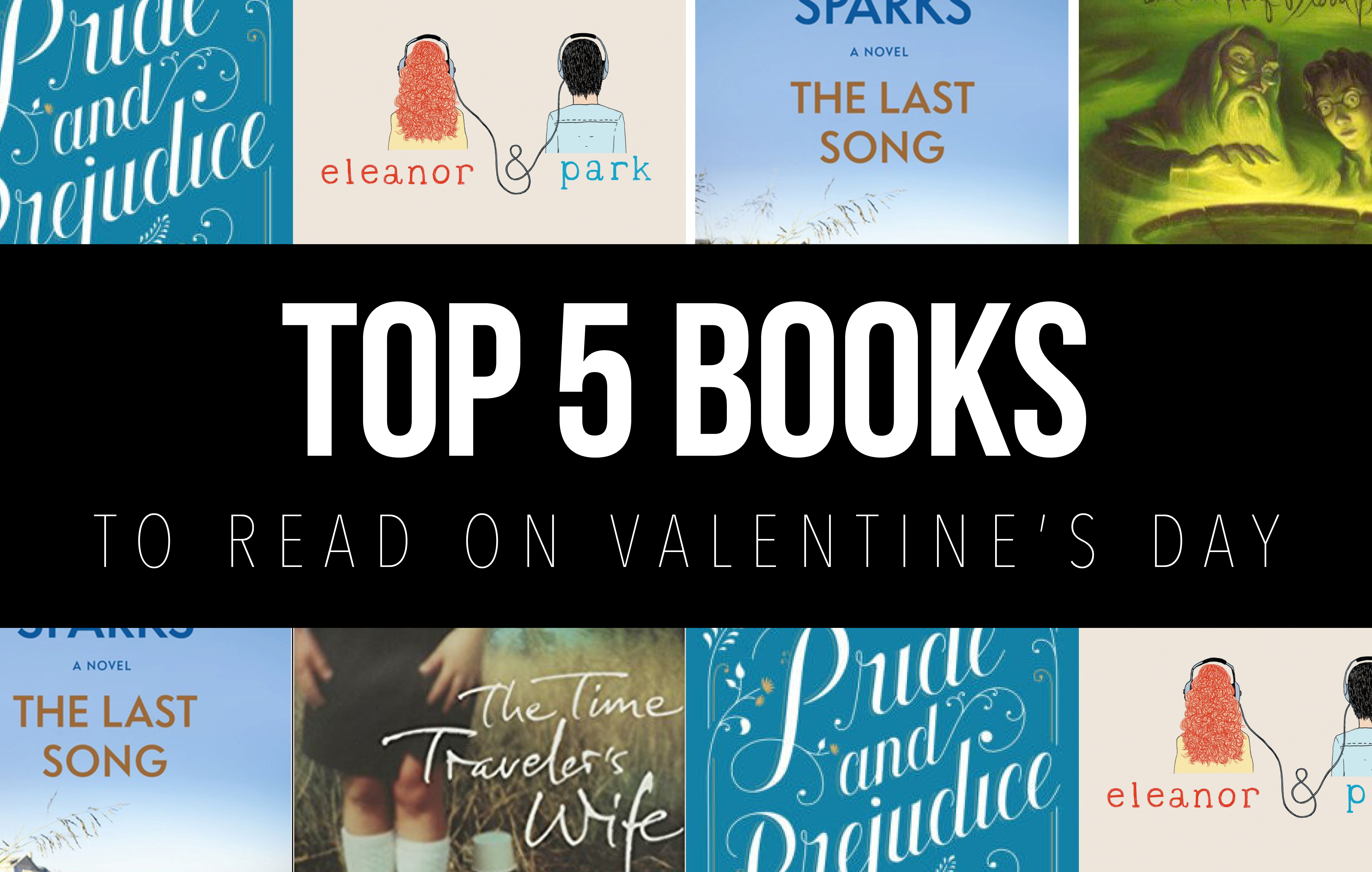 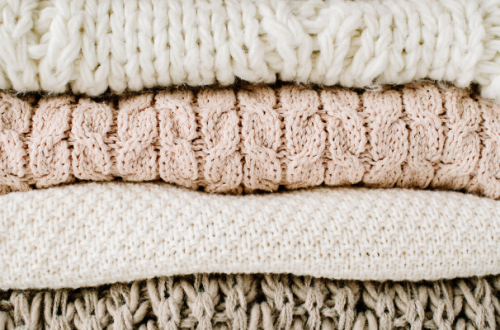