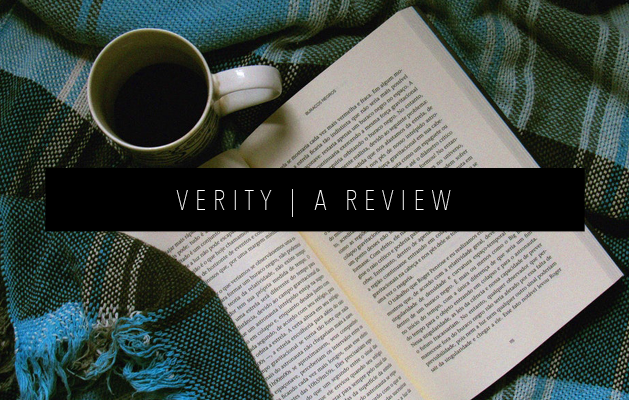 Warning: Spoilers ahead! Turn back now if you have any intention of reading this book and don’t want to be spoiled!

Verity is about a best-selling author, Verity Crawford, who has become unable to care for herself after a tragic car accident. Her husband, Jeremy, hires a ghostwriter, Lowen, to finish Verity’s world-renowned book series, and while Lowen is sorting through Verity’s notes in the two’s home, Lowen and Jeremy begin to develop something more than a friendship. Aside from Verity’s accident, the couple also lost their twin daughters, one after the other, earlier in the same year, but luckily, Jeremy still has Crew, his 5-year-old son. While Lowen in staying in the house, she begins to feel like not all is as it seems. Apart from noticing Verity staring at her (which she shouldn’t be able to do) and picking up on weird circumstances, Lowen finds a disturbing autobiography in Verity’s desk that leaves her scared for her life as well as Jeremy’s and Crew’s. When Lowen tells Jeremy about the manuscript, he is irate. In the heat of the moment, he murders Verity (seemed a bit extreme to me if I’m being honest), and the two move on with their lives. During the final scene of the book, Lowen is pregnant with Jeremy’s child, and she finds a letter Verity wrote before she died explaining everything — the manuscript was a creative writing exercise, she never killed her daughter, and when Jeremy tried to kill her (the car accident) and she survived, she was scared. She pretended to be comatose so that she could save Crew from Jeremy. Everything Lowen thought about Verity was a lie. But was it?

Let’s talk about unreliable narrators for a minute. The good ones are few and far between. There’s the classic, Holden Caulfield, from A Catcher in the Rye, there’s the relatively new age Amy Dunne, from Gone Girl, and now there’s Verity. Every horrible thing the reader learns about Verity is from her dark and twisty manuscript — the “creative writing exercise.” Jeremy briefly hints at feeling like Verity never understood their autistic daughter, but aside from a few minor comments, every horrible inclination Lowen has about Verity is because she read this terrifying manuscript that painted Verity as an extreme villain.

But when Verity admits to it being a creative writing experiment, can we even believe her? As a reader, we have come to believe that she hated her daughters — she ignored their screams as babies and even tried to kill her least favorite daughter so she could save the other daughter. Or at least that’s what we read alongside Lowen in her manuscript. How are we to know if she actually cared deeply for her daughters? Jeremy never really says anything, so we have to decide who to trust — manuscript Verity or letter Verity.

Although this a thriller book, the key theme of the novel is trust. Could Verity trust herself to be a mother? Could Jeremy trust Verity to love him and his family? Could Lowen trust Jeremy to love her? And the final, most important question — Could Lowen trust Verity’s final letter or her manuscript? That’s a decision the reader has to make for themselves.

“I’m the awkward writer who posts a picture of my book and says, “It’s an okay book. There are words in it. Read it if you want.” – Lowen

This book falls flat in every aspect other than Verity’s character development and the unreliable narrator device. Lowen is a rather unlikeable character that lacks any sense of confidence in her skills or prowess as a writer. She has seemingly random character traits to move along the plot of the story (like that she sleepwalks so she needs locks on her doors), but nothing about Lowen herself particularly sticks out. And Jeremy is one-dimensional as well. He loves his son, he feels a sense of duty to Verity, but not until the last few pages do we have any sense of his dark side, of his complexities.

Nevertheless, it’s a good book. It’s a page-turner that keeps you up way past your bedtime. It makes you question the truth and question your own sanity along with Lowen. It’s a book I’ve recommended to countless peers and will continue to recommend because it’s a fun book to read. Hoover is a skilled writer with a knack for a gut-wrenching twist, and she keeps readers on the edge of their seats wondering what the next page will bring. 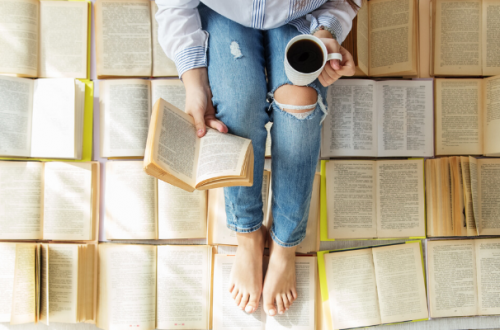 Top 10 Books To Recommend To Non-Readers